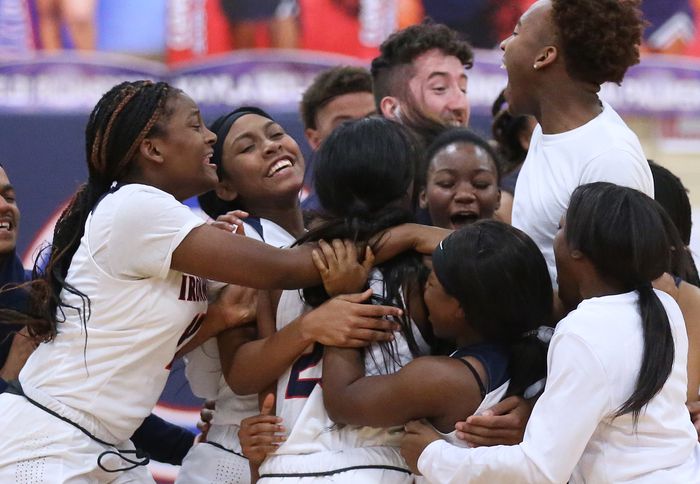 The Lady Ironmen were back in action after a week off. Their first playoff game was a sectional game against Orange at home for a chance to continue on to play at Nordonia High School for the District Semi-Finals.

In the first quarter, the game went back and fourth as Orange and Central were able to score early and often. The same happened in the second quarter, but the Lady Ironmen couldn’t capture the lead and went into halftime down 28 to 25.

As the third quarter commenced, there were obstacles that Central had to go through to secure a win. Seniors, Phylicia Jackson and Chantel Barnett had collected four fouls in the third. And the team got down big as they trailed by 13 at the start of the fourth.
Hazel Seyou and Chantel Barnett navigated their team to victory through poise and confidence. Pushing the ball, making the right reads on offense and defense and grabbing rebounds. Orange only scored 4 points in the fourth quarter as the Lady Ironmen scored 22 points in the final eight minutes to win the game.
Chantel Barnett had 19 points and seven rebounds and Anaysia Langford had 14 points and 24 rebounds.

The Lady Ironmen (17 – 6) are one step closer to their goal to a state championship. Their next opponent is against Cuyahoga Valley Christian Academy and that game will be at Nordonia High School on February 26th at 6:00pm to determine who will go to the District Finals.

No Events This Week

Events are added by athletic staff.
View All Events